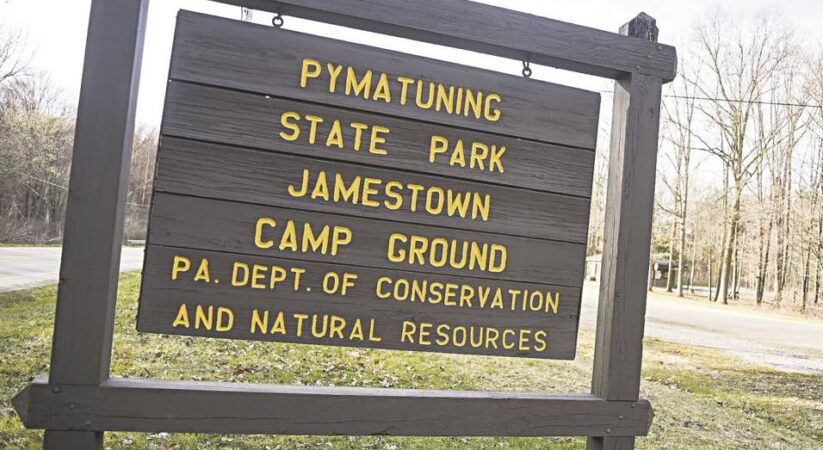 Jamestown Campground at Pymatuning State Park reopens Thursday after nearly a year of new construction and upgrades. The closure was a safety precaution due to the amount of construction activity.

The campground is opening ahead of schedule, and reservations are being accepted for more than 300 campground spaces.

Three washhouses — in the 200, 300 and 600 series site loops — include laundry facilities.
Also, there is a new air-conditioned camp store building.

In addition to the buildings, the Jamestown Campground has a new outdoor basketball court, courtesy of donations from Friends of Pymatuning State Park.

Almost everything about Pymatuning State Park is big. At 16,892 acres, it is one of the largest state parks in the Commonwealth.

The 17,088-acre Pymatuning Reservoir is the largest lake in the Commonwealth. Pymatuning is one of the most visited state parks in Pennsylvania.

But the biggest thing about Pymatuning is the fun you can have boating, fishing, swimming, camping and enjoying other recreational opportunities.

In addition to the state park facilities, the Pennsylvania Fish and Boat Commission operates a fish hatchery and visitor center. The Pennsylvania Game Commission has wildlife viewing areas and a learning center.

Ten ways to save money on campground expenses