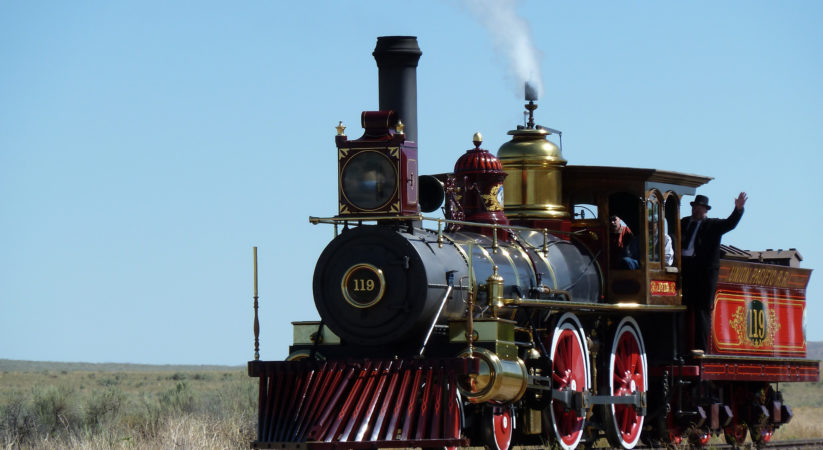 To understand America, one needs to go no further than the closest national park. National parks commemorate the people, places, and events that have shaped the American experience. These national treasures serve as tangible reminders of what it means to be made in America.

“There is nothing more American made than our national parks,” said acting National Park Service Director Michael T. Reynolds. “Each of our country’s 417 national parks tells a chapter of the American story. Each has a compelling tale of innovation, ingenuity, adventure, accomplishment, triumph, or tragedy that is part of our collective identity.”

The national park idea is an American concept, born in the United States with the establishment of Yellowstone National Park in 1872. To preserve a place of great beauty and wonderment for all to enjoy, instead of a privileged few, was an example of democracy in action. Other parks soon followed and today the model has been adapted by virtually every country in the world, with many turning to the National Park Service for expertise in park operations and management.

Our national parks preserve sites with remarkable landscapes, unique geology, rugged wilderness, outstanding recreation, and meaningful history. Each is truly significant. Following are ten that are excellent examples of parks that help define the spirit of made in America. Click here for a photograph of each park.

Successful defense of this fort during the War of 1812 inspired Francis Scott Key to write the iconic poem that became the lyrics to the National Anthem. Key penned the Star-Spangled Banner from a ship in Baltimore Harbor after he saw the garrison flag still flying high, signaling victory, in the dawn’s early light after a night of ferocious bombardment from the British Navy.

East and west met here when the final spike in construction of the first transcontinental railroad was planted in 1869. The joining of 1,776 miles of Central Pacific and Union Pacific railroad track provided a backbone to the country and spurred intense western expansion and economic growth.

The Homestead Act of 1862 had an immediate and enduring effect upon America. The promise of free land propelled families, immigrants, women, and freed slaves west in pursuit of the American Dream. This time of westward expansion forever changed the American landscape and propelled industrial advancement, agricultural development, and diverse settlement.

Walk in the footsteps of the Founding Fathers and see the places where they debated, created, and masterfully articulated the ideals and principles that guide our nation. Visit Independence Hall where they signed the Declaration of Independence and the U.S. Constitution. Then tour Congress Hall where the ideals of the documents were put into practice, including the first peaceful transfer of power between presidents.

This park recalls the history and legacy of America’s Industrial Revolution. Buildings, including a “mill girl” boarding house and the Boott Cotton Mills Museum with 88 operating looms, illustrate the nation’s transition from an agriculture to industry based economy and the societal changes that accompanied it.

The Mississippi River was a lifeline for American settlers and it remains an integral part of our country’s identity. The Mighty Mississippi is a nationally significant resource for its natural, cultural, historic, scenic, recreational, economic, and scientific features.

The park preserves and perpetuates knowledge and understanding of jazz from its origins in New Orleans through its continued evolution. Jazz music was born in America, come hear a performance in the city where it all began.

During a time of conflict and fear, the American people pulled together to support the troops fighting in World War II. This park commemorates the contributions and “We can do it” attitude of shipyard workers stateside, including women.

America is the home of many inventors who have changed the world; notable among them are Orville and Wilbur Wright. The Wright Brothers transformed the history of aviation when they made the first sustained flight in a heavier-than-air machine here in 1903. With courage and perseverance, the self-taught engineers relied on teamwork and application of the scientific process to challenge the impossible.

This home to wondrous thermal features, landscapes, and wildlife was established as the world’s first National Park in 1872. When the U.S. Congress passed the legislation and President Ulysses S. Grant signed the legislation creating the park, they set a precedent that, as a society, we would preserve our most treasured places for all to enjoy. The idea of protected public lands has since been adopted around the globe.

You may also be interested in this article: National Park Service Senior Pass Price Increase