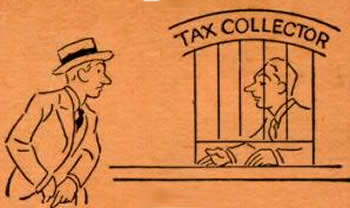 AUGUSTA, Maine — Starting next summer, people living in and visiting Maine could pay a new 5.5 percent tax on almost every type of recreation activity, the Bangor Daily News reported.

Facing a deadline to close a $40 million spending gap, if the legislature doesn’t find the money by limiting tax deductions and credits or removing exemptions, the money will be taken out of municipal revenue sharing, which means local governments will see state funding slashed as well.

Given that savings must be found, committee members said it made sense to target discretionary spending on recreation — especially services that often hit tourists as much as they hit Mainers. Most services have never been taxed, the Bangor Daily News reported.

A new tax on “amusements,” as defined by the committee, could bring $20 million in revenue to the state annually. It would affect admission fees to concerts, movies, amusement parks, festivals and zoos. It also would affect fees for sporting and outdoor activities such as golf and skiing, as well as scenic and sightseeing excursions.

“Amusement comes right to the very top of my list,” said Sen. Anne Haskell, D-Portland, co-chairman of the committee. “I don’t find any good reason to continue its exemption.” People who would like to offer Senator Haskell some reasons why recreation should not be taxed can call 207.287.1540.

To read the full story in the Bangor Daily News, click here.