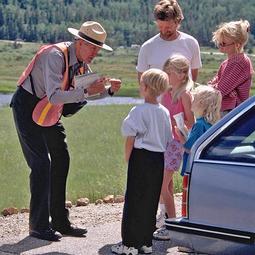 WASHINGTON – All 401 national parks across the country will waive entrance fees on Monday, January 20 in commemoration of Martin Luther King Jr. Day.

“National parks are well-known for scenic beauty and outdoor recreation but they are also fantastic places to learn about the people and events that have shaped our nation,” said National Park Service Director Jonathan B. Jarvis. “Historic sites, battlefields and memorials across the country preserve the places and tell the stories of our national struggles and accomplishments. I encourage everyone to take time to visit a national park on Monday, especially one of the many dedicated to Dr. King and the Civil Rights Movement.”

National park passes that provide free or discounted admission year round are available for active duty military members and their dependents, senior citizens, and people with permanent disabilities.