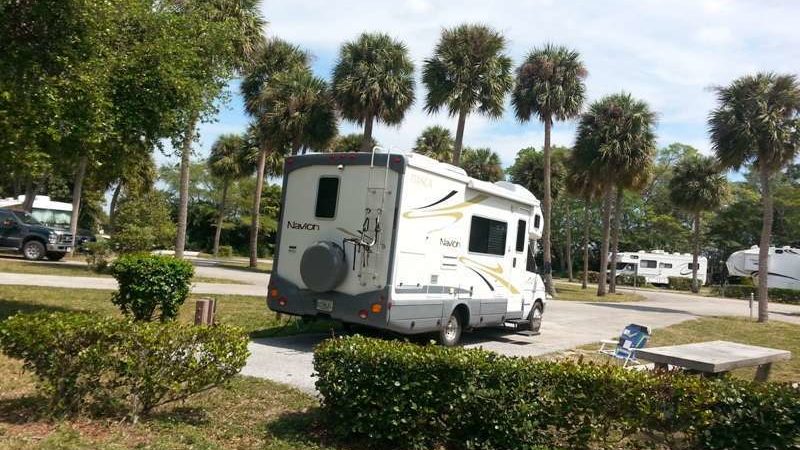 Florida RV parks camping is making a big comeback after declining from its peak in the ‘70s, with both retirees and millennials getting into the RV lifestyle, industry leaders say. Approximately 500,000 vehicles were shipped to dealers nationwide in 2016, the most recent figures available.

“We are seeing record levels of sales everywhere and the result is that more campgrounds are full,” said Kevin Broom, spokesman for the Recreational Vehicle Industry Association, based in Reston, Va. “This is the new heyday.”

Florida RV parks and campgrounds are feeling the pressure from all the new campers.

At John Prince Park in Lake Worth, would-be campers are routinely turned away because there is no space.

It is just as bad at C.B. Smith Park in Pembroke Pines, where you have to call a year in advance if you want to stay for an extended period in your recreational vehicle.

In South Florida, there are approximately a dozen parks that offer RV camping and tent camping, and most are at or near capacity and have waiting lists. The allure of nature, the ability to take along pets and the $40 nightly costs at most parks are big draws for many people.

The visitors come mostly from Canada and northern U.S. states, but some come from Europe and rent the RVs. There are also locals who are seeking a quiet get-away that does not require much travel or money.

Miami-Dade County is experiencing the same boost in occupancy at its three Florida RV parks that offer camping: Greynolds in North Miami Beach, Camp Owaissa Bauer in Miami, and Larry and Penny Thompson Memorial in Miami.

You may be interested in this article: RV Camping Quick Tips