Friday, 20 May 2022
You are here: Home RV Repair Tip for getting the RV repair done properly 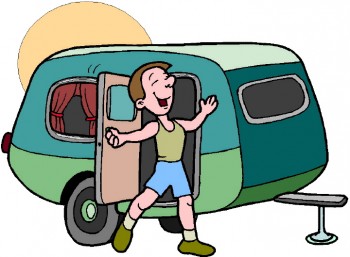 You paid a lot of money for a repair and the unit still doesn’t work properly. The repair shop says its a product defect, the product manufacture says it’s a bad installation. What do you do when you’re stuck in the middle?

An RV Basics member had the Dometic refrigerator go bad about six months outside the two year warranty and it cost him nearly $2000 for a new cooling section installed. There was immediate problems in that it wouldn’t get cold enough to make ice. He went back to the dealer (60 miles each way) where the repairs were made, they said it was a defective unit. He contacted the Customer Service people at Dometic who said the part was OK and it was an installation problem. He was caught up in the old blame game of each one pointing to the other.

He came to me and my suggestion was to contact someone higher up with Dometic. Several phone calls got the same results back and he was at his wits end. I suggested he write the CEO of Dometic but he felt his letter writing skills weren’t up to the task so I did it for him.

I went on the internet and got the name of the CEO of Dometic. I also got the phone and FAX numbers for the executive branch of the company. All that information can be found on the internet.

I wrote a short letter addressed to the CEO that read:

I hate to bother you with this problem but have been unable to get any satisfaction elsewhere. I have a Model Number Dometic Refrigerator in my RV. The cooling unit failed six months out of warranty and I paid the RV dealer to make repairs which cost me nearly $2000.

It hasn’t worked properly since the day of the repair and the dealer claims it’s the fault of the parts and your customer service department says it’s an installation department.

I’m asking you to see what can be done to get me a properly operating refrigerator.

I FAXed the letter with a cover sheet to the CEO at Dometic.

A little note here: When writing a corporate officer, keep the letter to one page and no more than three paragraphs giving only the most pertinent names and information with a clear statement of what you want. The last part is most important because the recipient knows what it will take to make a customer happy. Never just say you want them to do something about it.

A few rules here on how to complain: Write a letter and a FAX is ten times as good as sending it through the mail (fewer people will handle it and it’s more likely to get to the person you want. This is especially true for FAX messages with a cover sheet. That’s the way executives with most corporations correspond. When a FAX comes in addressed to a certain person, it’s usually on their desk in ten minutes. A letter has to go the system and often gets side tracked to whoever the mail sorter thinks should get it. An email message is even worse than a direct phone call when it comes to getting lost in the system. If the computer doesn’t send it to the Spam file, the person who opens it is likely to think you are just another person bothering them and they hit Delete.

When the CEO, company president or other top executive handles a problem, they never want to see it again. (And the person who was given the problem never wants to be called on the carpet to answer why it wasn’t done.

The worst thing a person wants to hear from the boss in the corner office is, “This should have never gotten to me in the first place, so why is it back on my desk?”

Oh, The RVer with the refrigerator problem, two men showed up at his rig a couple days later and repaired the problem.

I put my confidence in the customer service department of the company that made the product or part. Then if you aren’t getting satisfaction, there are several layers above them, all the way to the CEO.