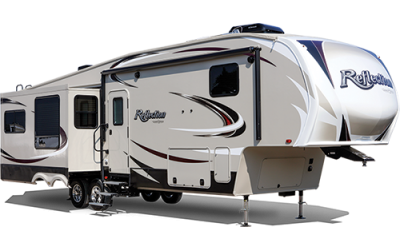 SUMMARY:
Winnebago Industries, Inc (Winnebago) is recalling certain model year 2015-2016 Winnebago Tour and Itasca Ellipse motorhomes manufactured August 29, 2014, to November 4, 2015, and built on a Freightliner chassis. In the affected vehicles, the steering box may have been manufactured with an incorrect spacer of insufficient height that can cause too much play, causing the connection to wear between the steering wheel and the front axle.

CONSEQUENCE:
The steering wheel’s connection to the front axle could fail resulting in a sudden loss of steering ability, increasing the risk of a crash.

REMEDY:
Winnebago will notify owners, and Freightliner dealers will inspect and replace the steering gears, as necessary, free of charge. The manufacturer has not yet provided a notification schedule. Note: Owners are urged not to drive their vehicles until they have been inspected. Owners may contact Winnebago customer service at 1-641-585-3535 or Freightliner at 1-800-547-0712.

CONSEQUENCE:
If the motorhome experiences an unexpected loss of power, it can increase the risk of a crash.
REMEDY:

TMC will notify owners, and dealers will correctly install the isolator relay cable, free of charge. The manufacturer has not yet provided a notification schedule. Owners may contact TMC customer service at 1-877-500-1020. TMC’s number for this recall is RC000114.

CONSEQUENCE:
If the brake activation signal to a towed device remains active when the motorhome chassis service brakes are released, the brakes on a towed device may remain engaged. As a result, the brakes could drag and overheat potentially resulting in a fire. Additionally, following drivers may be confused by the motorhome’s actions, increasing the risk of a crash.

CONSEQUENCE:
If the indicator sight glass cracks, propane gas may leak out, increasing the risk of a fire.

REMEDY:
Grand Design will notify owners, and dealers will replace the LP regulator kit, free of charge. The recall began on June 6, 2016. Owners may contact Grand Design customer service at 1-574-825-9679. Grand Design’s number for this recall is 910006.

See other RV Recalls for June 2016