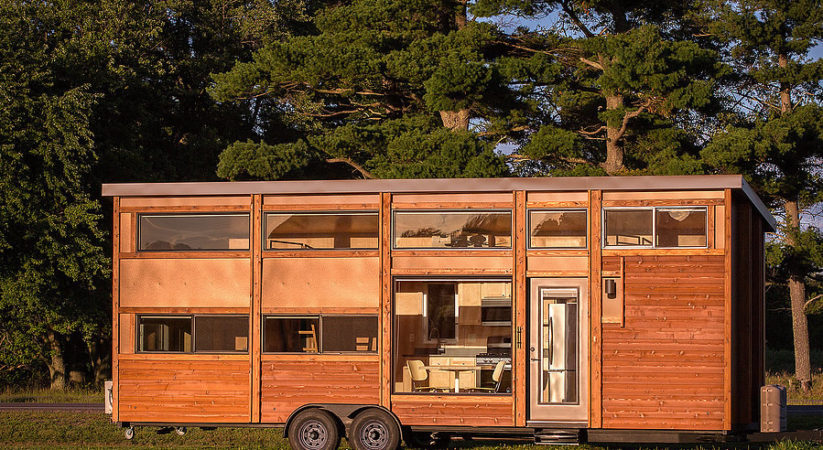 Juliana Birnbaum and her two daughters, Lila, and Serenne live in a 319-square-foot tiny house RV about the size of a garage. That’s pretty crammed for three lively ladies, but Birnbaum considers her living space more ideal than the bigger homes she lived in before.

She has two queen beds and two single beds, a kitchen with a full-size oven and refrigerator, a bathtub big enough for stretching out and large windows that fill her home with natural light.

“I’ve had a lot of people say it’s as big as their apartment in San Francisco,” said the writer, who has been living in her Escape Traveler XL RV since September. At $78,500, the Traveler is substantially cheaper than any San Francisco home.

The company says it makes RVs in the shape of prairie-style houses with chic, minimalistic interior design and furniture. Escape Homes founder Dan Dobrowolski said, “While by law it’s an RV, it’s built like a high-end house, the framing, windows, insulation — everything is the same as a house. The architecture happens to fit with coastal California. People just love the design and feel.” The company delivered about 100 of them to Bay Area residents last year.

Among those at the house tour was 55-year-old Natalie Woodbury from Folsom (Sacramento County). The property management worker said she was pleasantly surprised; the big windows let in light and a cool breeze, and the slick pine walls and high ceiling made her feel like she was in a house more than an RV.

With her two youngest children finishing high school and aging parents in Salt Lake City and Southern California that need care and visiting, she says she wants to downsize her home and make it mobile.