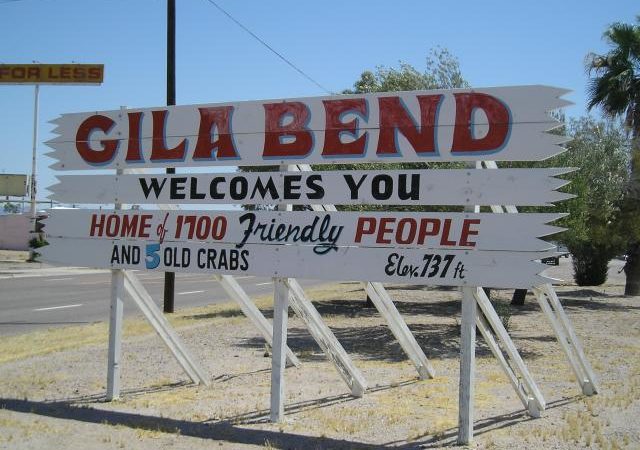 When Scott Swanson and his mother acquired a relatively undeveloped campground in Gila Bend 18 months ago, they knew it had potential as an affordable winter park for snowbirds. They decided to join the Kampgrounds of America (KOA) franchise network to help put the park on the travelers’ map and started making improvements to bring their 130 -site campground up to KOA standards.

After investing over $250,000 in improvements that include new landscaping, utility connections, a 4,000-square foot dog park, a 2,500 square foot veranda, and remodeling the park’s recreation room, the number of overnight guests and monthly snowbirds coming into their campground soon surpassed their best expectations.

Swanson isn’t the only one who sees a brighter future in Gila Bend. So does Gila Bend’s new town manager, Michael Celaya, who is spearheading a series of improvements to Gila Bend’s historical points of interest to raise its profile as a tourist destination and playground for winter snowbirds.

“I see us as the next Quartzsite,” said town manager, Michael Celaya, referencing the tiny desert town 20 miles east of the Colorado River that hosts the largest winter RV show in the nation.

The challenge, of course, is getting travelers to stop to see what Gila Bend has to offer.

Gila Bend, Celaya notes, is already at a major crossroads. Sitting alongside Interstate 8, it carries thousands of travelers each week who make their way from Phoenix and Tucson to San Diego. Gila Bend also straddles State Route 85, which carries travelers across the Sonora Desert to Mexico, crossing the historic Tohono O’Odham Indian Reservation.