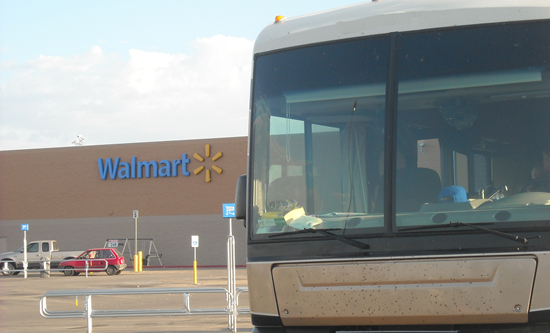 Recreational vehicles flood the Pendleton, Oregon Round-Up each year, and plenty use free RV camping sites and pay nothing in taxes. But others pay hundreds of dollars to set up camp in designated RV parks.

The city of Pendleton requires  RV parks and Campgrounds collect a transient room tax and the tourism promotion assessment charge, just like hotels. The tax is 8 percent for parks and hotels alike, and hotels pay an additional tourism charge of $1.50 per night per paid room while the parks pay 50 cents per night for each paid mobile home or trailer park space. The city uses the money to fund its convention center and boost tourism efforts.

Doug and Becky Reynolds are in their second year of operating Lookout RV Park & Storage, 601 Airport Road, which has 28 spaces. The business charges $35 a night to park an RV there during Round-Up. That means $3.30 of each charge goes to the city.

Doug Reynolds said no one really knows how much free RV parking is available in Pendleton. While those sites — and some who just park on city streets or empty lots — do not pay their fair share, Reynolds said he and his wife have no plans to complain about it.

“We just work hard, keep our heads down,” he said. “We want to add to the solution, not the problem.”

KOA campground, 1375 S.E. Third St., has 101 spaces, though some are reserved for people living there month-to-month. Tina Groshen works at the KOA. She said parking there during Round-Up requires a commitment to a seven-day reservation at a cost of $450-$550, whether or not a guest stays the whole time. KOA rents any open spaces this week for $60 a night.

She said the campground is “completely booked all the way” for Round-Up.

The business has not felt pressure from free RV camping, even outside of Round-Up week. One or two people a month assert they can park for free at Wal-Mart, Groshen said, but KOA campers are a loyal lot.