Wednesday, 8 February 2023
You are here: Home RV Lifestyle Campers ‘Rough It’ After Storms Knock Out Power 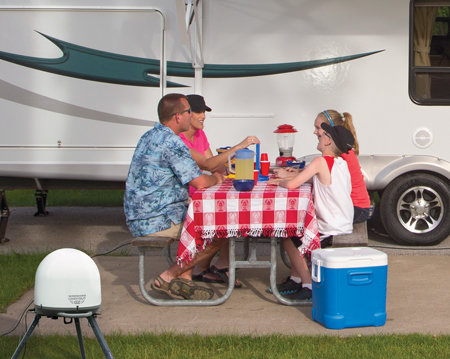 TYLERTOWN, MS (Mississippi News Now) – Campers at Paradise Ranch and Resort in Tylertown had their Fourth of July camp out ruined by storms when they ended up roughing it without power.

“We had three major storms roll through yesterday. The last one knocked the electricity out and we had family on the river we were kinda concerned with but they all got back safe,” said camper Bob Crider of Monticello.

“Between the 10 campers and the people staying in the RV’s we had about 200 people here this weekend and after the power went out they were trying to tough it out and it got to be it had been 24 hours without power and so they were like we gotta go,” said Timothy May with Paradise Ranch and Resort.