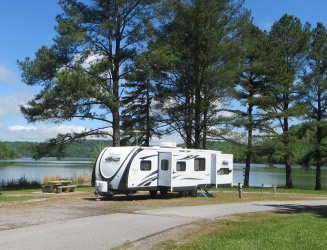 “We also expect to have a mobile-friendly, digital version of the guide available by spring break,” said Jimmy Felton, executive director of the Tennessee Association of RV Parks and Campgrounds, which markets the state’s privately owned and operated campgrounds, in an announcement.

“We are within an eight-hour drive of probably 70% of the U.S. population,” Felton said, noting the Great Smoky Mountain National Park is the most visited national park in the country.

Overall, Tennessee campgrounds reported close to a 12% increase in business in 2016 compared to the previous year, Felton said, and park operators hope to be even busier this year.

The 2017 Tennessee RV Camping Guide will be distributed at welcome centers as well as RV shows across the state.