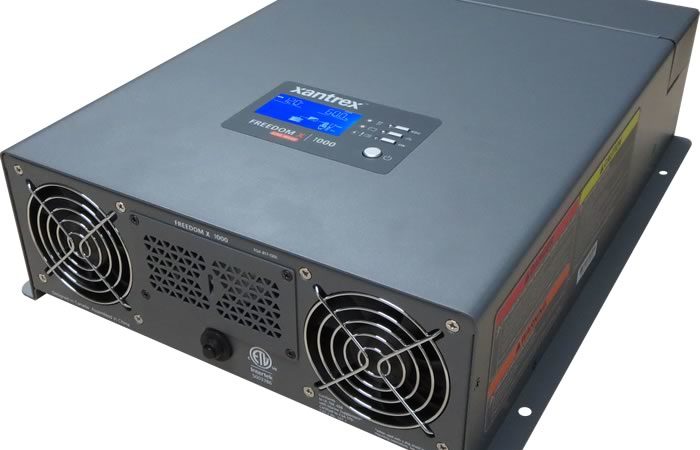 Xantrex has expanded its popular Freedom inverter series with the launch of four new models. The new series called Freedom X marks the ongoing evolution of the Freedom inverter first launched in 1992.

The success of the Freedom X OEM version, showcased at the national RV tradeshow last year, inspired the introduction of the new inverters. The OEM version has become a runaway success with leading RV manufacturers including Forest River, Highland Ridge, KZ, Keystone, and Jayco already installing in RVs equipped with residential A/C fridge.

The four new Freedom inverter models – two inverters and two inverters with built-in charger – a multitude of features including extended surge for motor loads, faster transfer time for quick transition from shore to battery, huge wiring bay with quick connect A/C terminals for fast wiring and an onboard LED display.

The compact design’s improved climate protection means the inverter will provide full output in temperatures ranging from minus 4 to 104 degrees Fahrenheit.

All models include internal 30A transfer switch and can be hardwired or installed with the optional GFCI outlet.

You may also be interested in the articles linked below: