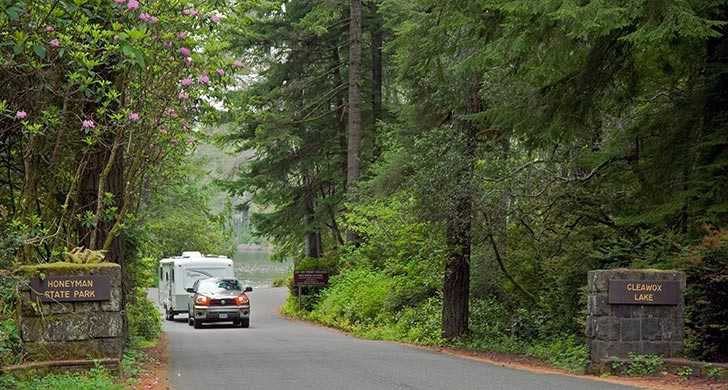 Oregon State Park camping fees will raise by $2 for some types of campsites, effective November. 1st.

The rate for a typical full hookup RV site at the state’s most popular campgrounds will rise to $30 per night, and basic yurts will go from $40 to $42. Rates will also rise by the same $2 amount for deluxe yurts, basic and deluxe cabins, electric sites, and hiker-biker camping areas. Tent camping rates, currently $17-$19 per night, will not change. Additional information is available at http://bit.ly/OregonStateParksrates.

“The $2 rate increase aligns with the views expressed in past surveys show Oregon State Park camping visitors prefer smaller rate increases on a more frequent basis than a large fee increase in the future,” says Lisa Sumption, director of OPRD. “We do not receive tax dollars for operation of our parks. Nearly all our funding comes from visitors, a portion of RV registration dollars, and the Oregon Lottery.”

Visit www.oregonstateparks.org for a list of all state parks and campgrounds.