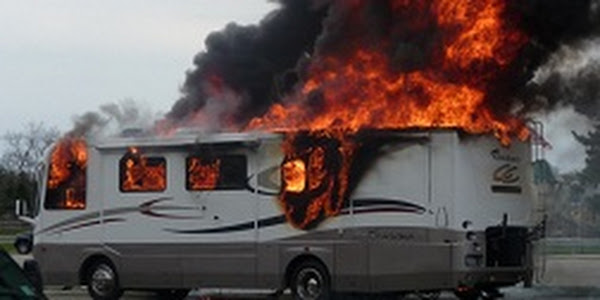 Fires burning up and down the California’s Sierra Nevada, and on the northwest cast a smoky haze over much of the state and parts of the state are under poor air quality alerts.

Dozens of wildfires in Oregon were sending up large plumes of smoke, causing disruptions in holiday travel as roads close and shutting down camping areas.

If your RV travel plans include this part of the country you need to beware that some campgrounds may be closed and there may be restrictions on open campfires. Also, some roads and highways may be closed to through traffic. Check with people at you destination for up to date information.