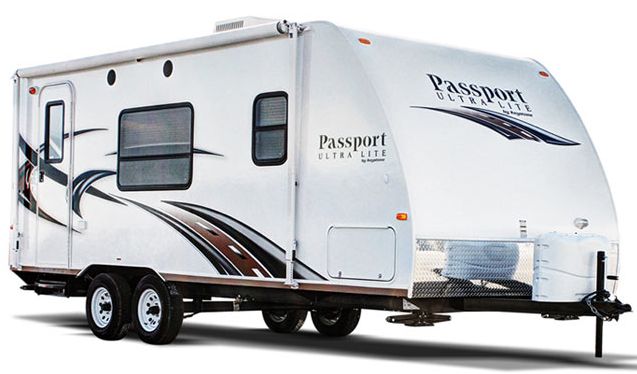 Keystone RV Company (Keystone) is recalling certain model year 2011-2017 Bullet and Passport recreational trailers. The affected vehicles are equipped with an air conditioner LCD thermostat that may not be properly wired.

Keystone RV Company will notify owners, and dealers will correct the wiring at the air conditioner control box, free of charge. The recall is expected to begin in September 2016. Owners may contact Keystone customer service at 1-866-425-4369. Keystone’s number for this recall is 16-261.

Keystone RV Company (Keystone) is recalling certain model year 2017 Cougar recreational trailers, models CG28SGS17, CG28RDB17, CG28RKS17, CG29RES17, CG29RLI17 and CG28DBI17, manufactured July 15, 2016, to August 3, 2016. The affected trailers have a Federal Identification Tag and Tire and Loading Information Label with incorrect information. Additionally, tires with the wrong load range may have been installed. As such, these vehicles fail to comply with the requirements of 49 CFR Part 567, “Certification.”

CONSEQUENCE:
If tires of an incorrect load range are installed, tire failure may result, possibly causing a loss of vehicle control, and increasing the risk of a crash.
Keystone has notified owners, and dealers will replace the tires and/or Federal Identification Tag if it is incorrect, free of charge. The recall began on September 9, 2016. Owners may contact Keystone customer service at 1-866-425-4369. Keystone’s number for this recall is 16-262.
NOTES:
Owners may also contact the National Highway Traffic Safety Administration Vehicle Safety Hotline at 1-888-327-4236 (TTY 1-800-424-9153), or go to www.safercar.gov.