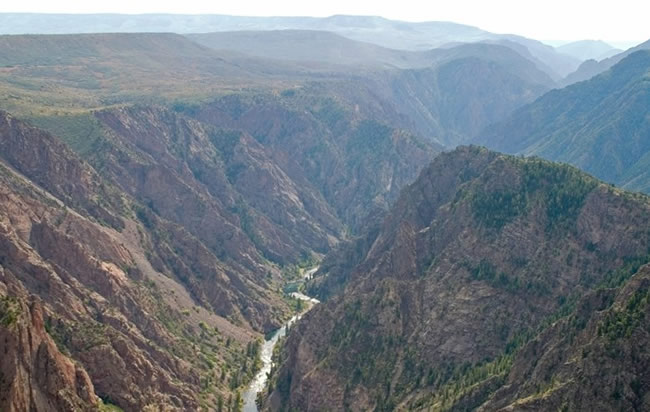 Motorcycle passes and campground fees will remain at 2017 levels.

Park officials sought public comment on the proposed fee increase in June 2017. Few people submitted comments, and most of them favored a fee increase, according to a news release from the park.

All sites are in an oak-brush forest. Electrical hookups (30 amp) are available in summer in Loop B only. Generator use is not allowed in South Rim Campground. All sites have a maximum 14 consecutive day stay in a 30 day period. A maximum of 8 people and 2 vehicles are allowed per site. Vehicles greater than 35 feet are not recommended.

Reservations can be made for Loops A and B only, and must be made at least 3 days in advance. Loop C is first-come first served.

Dog Restrictions – SUMMER 2018
From June 1 to August 10, 2018, dogs will be allowed in campsites, but may not be taken on walks (even on leash), and may not be carried around the South Rim Campground or on the Rim Rock Trail due to potentially aggressive deer protecting their fawns.