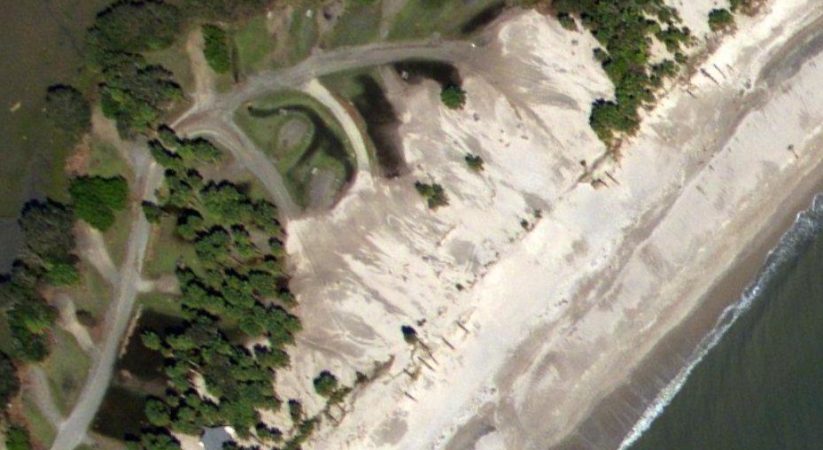 The featured image above is an aerial view of the damage done at the Hunting Island State Park campground. (Source: NOAA)

Almost half of the campground at Hunting Island State Park will not reopen after suffering irreparable damage during Hurricane Matthew’s trek up the South Carolina coast last October.

The 88 sites closest to the ocean will not be rebuilt.

“Since we lost most of the park’s dune system, it’s not practical to put sites in such an exposed area, South Carolina Department of Parks, Recreation & Tourism spokeswoman Dawn Dawson-House said. “The comfort stations located in that area were also damaged in the hurricane and will not be rebuilt.”

That leaves the 100 campsites near the back of the park. That part of the campground is expected to reopen before the end of June. Each of those sites has improved electrical and water service.

Just this week, severe flooding led to the state’s decision to delay the reopening of Hunting Island State Park another week.

You maty also want to read this article:  Keep Your RV Safe During a Storm