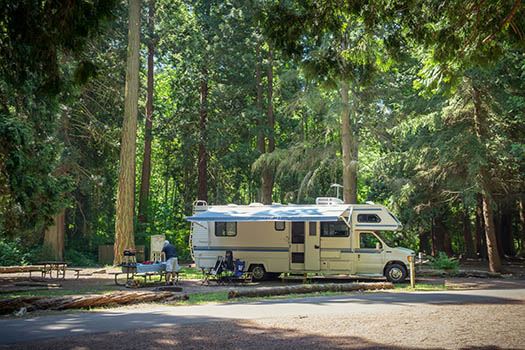 A pilot program that would allow private investors to develop recreation amenities in four state parks is on the agenda at the next Washington State Parks and Recreation Commission set for Thursday in Sequim.

The commission is looking at private development of cabins or other facilities at the four parks, Fort Flagler Historical State Park on Marrowstone Island, Millersylvania and Squilchuck state parks, and a fourth site that would combine Westhaven and Westport Light state parks — to be renamed as Chehalis Point State Park.

The goal, park officials say, is not to privatize parks but to provide visitor amenities at little to no cost to the state. The park system would earn revenue from concession agreements.

Any development would need to be aligned with the state parks mission and would be sited to avoid negative impacts to sensitive natural features and systems, they said.

As proposed, the property would stay under state ownership, with leases granted to private investors.

If the idea is approved, and if there is interest, assessments of the environmental impacts and other factors would have to be done, and permits obtained, she noted, adding that it could be two years before anything would be developed.

A full agenda, including information about public comment, is available at http://parks.state.wa.us/154/Commission-Meetings-Agendas.