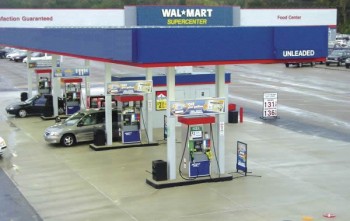 Walmart is cutting gasoline prices by up to 15 cents a gallon for drivers in 21 U.S. states who pay with its cards in an attempt to woo shoppers grappling with high prices at the pump.

The latest “gas rollback,” at more than 1,000 Walmart store-based gasoline stations run by the retailer and Murphy USA, follows a similar 2012 program that ran from Aug. 31 through Dec. 24. Throughout the year, Wal-Mart offers smaller gasoline discounts to card holders.