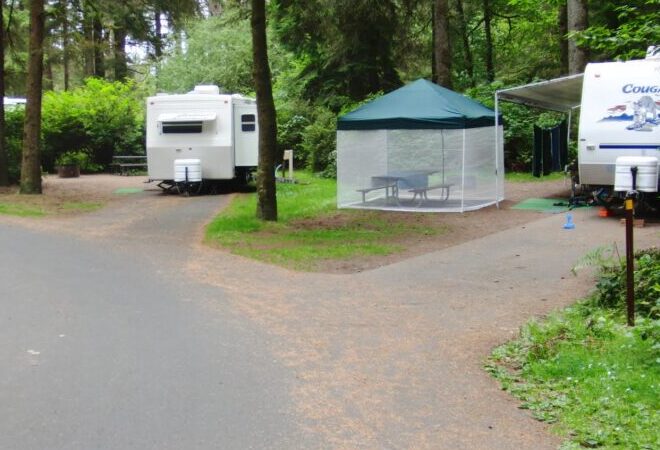 RVing tourists from outside the state will pay more next season to camp at Oregon state parks.

Senate Bill 794, passed the last session by the state legislature and signed by Oregon Gov. Kate Brown in June, imposes a 25% surcharge on non-residents who camp in RV sites at 56 campgrounds from the Oregon Coast to the Wallowa Mountains.

The fees apply to all recreational vehicles from pop-up trailers to luxury motorhomes. It does not apply to tent campsites, yurts or cabins.

Roughly 60% of state park campsites are designed for RVs, offering some combination of water, power and sewer hookups. They currently cost $24 to $40 per night, but beginning next year, they will cost $30 to $50 for non-residents.

Competition for RV sites, and campsites overall, has risen dramatically in Oregon over the past decade, particularly along the Coast.

The price rise does not affect campsites on federal lands, such as U.S. Forest Service campgrounds.

Read the full story at statesmanjournal.com