Wednesday, 8 February 2023
You are here: Home General Tips Internet Access on the Road with WiFi 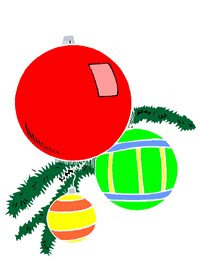 WiFi may be the most popular way RVers use to get internet access while traveling.

WiFi stands for Wireless Fidelity. It’s also know as 802.11 and Macintosh computer users call it AirPort. Whatever you call it, WiFi is basically a two-way radio with about a 300 foot range with software that sends and receives standard internet data.

Manufacturers have been building WiFi technology in to many new laptops for the last few years.

For RVers with older laptops, Wi-Fi usually takes the form of a wireless adapter costing around $50. Adapters generally fall into two types: a PC card that slides into the a computer’s PCMCIA slot and adapters the connect to the computer through a USB port. Both adapters have their pros and cons but the USB devices seem to be gaining in popularity.

Places where internet access is provided by Wi-Fi are often called hotspots and hotspots are available in restaurants, coffee shops, convenience stores, hotels, motels, airports, truck stops and RV parks and campgrounds. Just about anyplace where people congregate is likely to have a hotspot in the next few years.

While many hotspots are pay-for-service, the trend is toward providing free service. RV parks generally offer free WiFi as an amenity while truck stops usually charge.

Truck stops and other locations that charge a fee usually have pay-as-you-go plans as well as subscription plans. If you travel a lot and frequent the same chain for fuel stops a subscription could be cost effective.

There is more than one WiFi standard… the old ‘b’, ‘g’ which is currently in wide use and “N” the newest standard.

The ‘g’ standard offers better security and faster speed over the ‘b’ and likewise ‘n’ is a speed and security improvement over ‘g’. Don’t let the different standards bother you too much though. Most hotspots will accept all WiFi standards for the foreseeable future.

Visit RVInterNetAccess.com for Internet news of interest to RVers

Get More RV Tips at RVTipOfTheDay.com