Saturday, 3 December 2022
You are here: Home General Tips How to Extend Your RV Battery Life 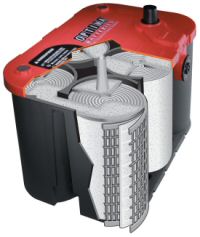 Your RV lead-Acid battery is a consumable item. No matter how well you care for it, if you use it as intended, sooner or later it will need to be replaced. The difference between replacing it sooner or later is understanding the charge cycle.
Lets start with an understanding that a battery doesn’t make electricity it stores it. When the electricity is used the battery must be recharged. A battery “cycle” is one discharge and recharge.

Extend your RV’s lead-acid battery life by fully recharging as soon after a discharge as possible and avoiding deep discharges when possible.