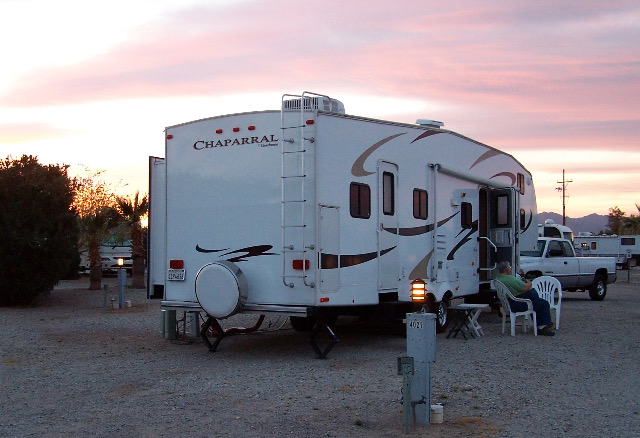 The snowbirds have come back to many of Arizona’s RV parks earlier and in larger numbers than last year, according to park operators across the state.

“Many of our members are telling us they are already busier than normal for this time of year,” said Jo Ann Mickelson, executive director of the Arizona Association of RV Parks and Campgrounds, which hosts GoCampingInArizona.com.

While some park operators reported snowbirds returning to Arizona as early as late September and early October, others said a big rush took place in early December. Many RV parks and resorts expect to be full from January through March, Mickelson said.

“We have noticed that we are running about 10 percent ahead of last year. It has definitely been busier,” said Eric Vargas, manager of the 217-site Desert’s Edge RV Park in Phoenix.

“Business seems to be pretty good, maybe even a little bit better than last year,” said Robert Rolle, co-owner of Rolle’s Lynda Vista RV Park in Yuma, which has 110 RV sites and nine rental apartments. “We’re getting snowbirds from Canada as well as Washington, Oregon, Idaho, Montana, and other states.”